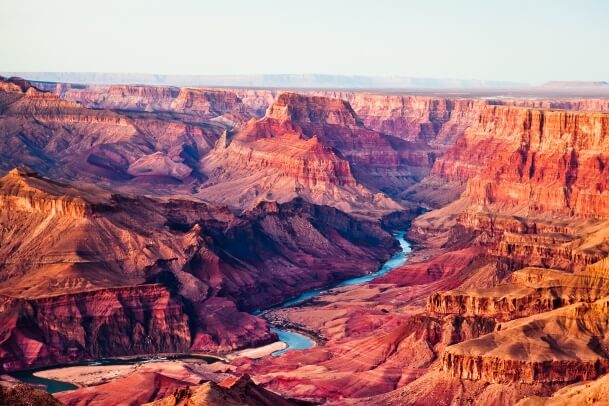 Recently I watched a documentary in which a Bible teacher tried to refute claims that the Grand Canyon was formed more than 17 million years ago. He believed that the world was 6,000 years old and that everything on earth happened from the time of Adam to the present day. I love comedies and as I listened to his explanation I wished I had seatbelts on my sofa to keep me from tumbling out of my chair. Starched and stoic, he declared with great authority that the Grand Canyon was formed from erosion. I was with him so far. But what caused the erosion, sir? I could have never anticipated the punch line. With a straight face he advanced his theory that this 277 miles long, 18 mile wide, and 1 mile deep Canyon was formed from erosion caused by the receding waters of Noah’s flood. Yes, in less than half a year, the abating flood waters cut through sandstone, shale, and limestone, 1 mile deep and almost 20 miles wide, for hundreds of miles.

This funnyman who calls himself a biblical scholar is but one of many professors who strain to fit the history of earth into 6,000 years. Our comics have come up with equally ingenious explanations for the dinosaurs. These do not belong to a period 65 million years in the past and which were wiped out by a meteorite that crashed into earth. No, they are the behemoths spoken of in the book of Job (Job 40:15). And as to the bones that were recently found in Morocco and carbon-dated at approximately 300,000 years old, well they are working on a routine for that one.

The thing is that there is no need to construct fanciful theories for an extremely old world. God’s existence is not in jeopardy if our universe is proven to be older than 6,000 years. In fact we should believe our universe is billions of years old. Man has long since figured out how to calculate the speed at which light travels and has applied mathematical theorems to figure out the distance of stars from the earth. Suns at the outer edge of the observable universe are more than 17 billion light years from the earth and what this means is that the universe is at the very least that old. That being so, it would be ludicrous to believe that God made the universe more than 17 billion years ago and only decided 6,000 years ago to make use of one of his trillions of planets.

The opening verses of the Bible allows for a very old earth. In the beginning God created the heavens and the earth. The earth was without form, and void (tohu va bohu – a desolate wasteland); and darkness was on the face of the deep (Ge.1:1-2a). God is omniscient, omnipotent, and perfect. It is impossible for him to produce chaos. His perfect creation in verse 1 was made desolate because of a pre-Adamic war among celestials (Isa.45:18; Jer.4:23-27).

It follows that what we refer to as the Creation Narrative in Genesis 1:3-31 is really the story of earth’s renovation after that primeval war. Hence the command to Adam and Eve to ‘replenish’ the earth (Ge.1:28). This is the exact command given to Noah after the flood (Ge.9:1).

The Bible defends itself. We simply need to look for the clues. It is okay for the Grand Canyon to be 17 million years old. Let her take pride in her longevity.